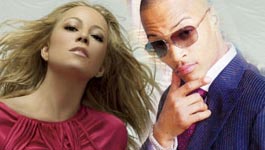 “I’ll Be Lovin’ U Long Time” is a song written by Mariah Carey, Aldrin “DJ Toomp” Davis, Mark DeBarge, Johnson and Etterlene Jordan for Carey’s eleventh studio album, E=MC², and is the third single from the album.

The single was produced by Aldrin “DJ Toomp” Davis and Carey.