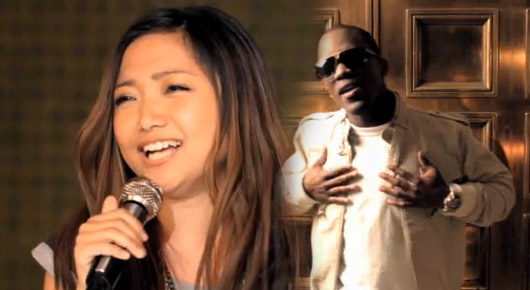 “Pyramid” is the second U.S. single of the Filipina singer and YouTube sensation, Charice.

This song features Iyaz and was written by Swedish songwriter David Jassy and R&B singer Lyrica Anderson and produced by Twin.

The video focuses on Charice singing the song in a huge theater. As the climax comes, her outfit changes, the theater becomes smoky, the lights become prominent and winds blows her hair.

Near the end of the song, everything changes back.On the other hand, Iyaz was singing on the street side and then came to the theater to watch Charice perform.