Here is the cover for Danity Kane‘s sophomore album, “Welcome to the Dollhouse“! What do you think? I really love the picture and can’t wait for this album to drop. 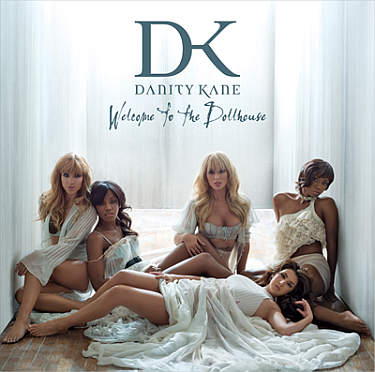 Welcome to the Dollhouse is the second studio album by American R&B group Danity Kane, to released March 18, 2008.

Danity Kane recorded the album in Miami, Florida while they were taping the second season of Making The Band 4.

The album will be released the week before Day26‘s debut album is released on March 25, 2008.

The first single to be taken from the album is “Damaged”. It was chosen by a fan poll. During January 2008, Danity Kane posted a bulletin on their official MySpace page saying that they were going to give fans the chance to vote for their new single. The poll featured the two new songs “Damaged” and “Pretty Boy”. “Damaged” won the poll by a vast majority and became the first single for the album. It was be released on January 29, 2008.