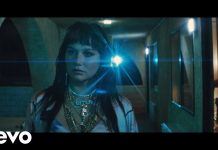 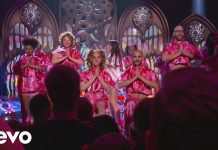 “Blah Blah Blah” is a music video and second promotional single by American recording artist, Ke$ha. It is the second single from her debut studio album, Animal.

The song features additional vocals by 3OH!3. Co-written by producer Benny Blanco, Neon Hitch, Sean Foreman and Kesha herself, she has stated that the song speaks of men in the same way that they have talked about women in the music industry. It was officially added to U.S. radio on February 2, 2010.

The music video was shot in Los Angeles in January 2010. The main plot is relative to the song’s lyrics, consisting of Kesha going on dates with guys who keep on talking – “blah blah blahing” – so she finds her way to shut them up. Both members of 3OH!3 make an appearance in the video Kesha told MTV that “The whole concept of the video was a bunch of douche-y guys macking on me as usual, and me making them eat their toupees or other various items,” […] “At one point, I get to be strapped to this harness and bouncing around everywhere, and it was really cool.” 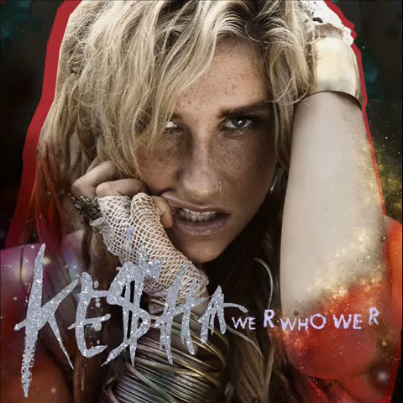