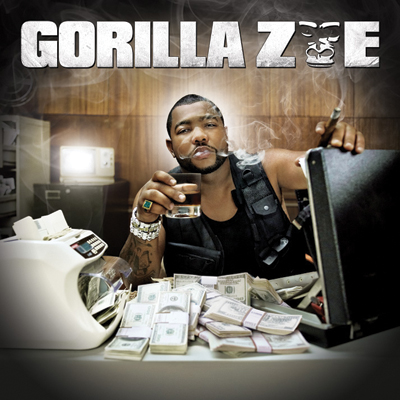 Don’t Feed Da Animals is the second studio album by rapper Gorilla Zoe. It features the Drumma Boy produced first single “Lost”, and Zaytoven produced second single “What It Is” and third single “Echo”. It features guest appearances by Rick Ross, OJ Da Juiceman and Gucci Mane and features productions by Drumma Boy and Zaytoven as well as others. Originally a member of Boyz N Da Hood his singles “Hood Nigga” and being featured on “Coffee Shop” and “Bottle Poppin” is Gorilla Zoe’s second studio album going to be bigger and badder than his first album Welcome to the Zoo?

The banger of an opening “Untamed Gorilla“ is produced by Kane Beatz is a strong track on Zoe’s part, it features JC on the hook. Bass banger nice deliverance and a really catchy track overall.

“Dope Boy“ is a very auto-tuned track, produced by Don Vito. It’s an alright track once you get the feel for it and when you can manage the autotunee. “We be in the hood all the bitches in the hood love a dope boy everybody loves a Dope boy… a dope boy..”

“I’m Dumb“ a bass banger produced by FATBOI is a really nice track to bang in your car. Loud bass and alright deliverance makes this a nice track to repeat over and over in your car. Leaked awhile ago, so I might just be biased to it and might have already overplayed it.

“Lost“ originally featured Lil’ Wayne on mixtapes, later removed for release as the first single and is produced by Drumma Boy. Great first single which features autotune on Zoe’s part and a good banger. “I’m lost on a road…Don’t know which way to go.. I’m losing my mind.. Losing control of the wheel.. And I’m swerving On and off the road..”

“Shit On Em“ is a track produced by Zaytoven. It possibly has too many “Shit” references, but besides that umm.. yeah Gorilla Zoe autotune. Nothing out of the ordinary but I guess if you want to sing the chorus.. feel free. It’s extremely catchy and even though I would rather it be about something else.. it’s a very catchy and nice banger for your car.“I doo doo, I boo boo, I poo poo.. I shit on em you shit on em? I shit on em”

“Hood Clap” although produced by new name Dee Jay Dana, it can possibly be compared to Hurricane Chris’ “Hand Clap” but mixed with a bit of Hood Nigga and some Zoe style together in a track. “If you hood and you know it, clap your hands..” 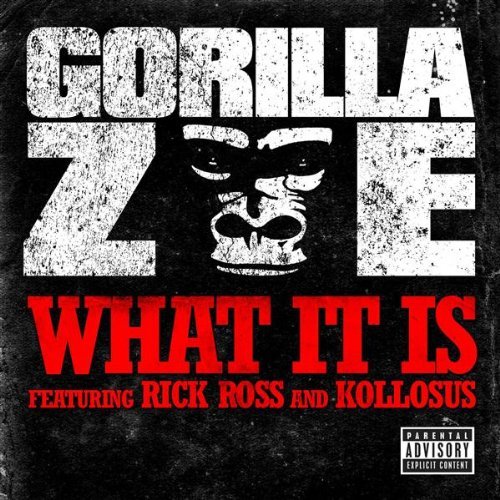 “Helluvalife“ is produced by Zaytoven, features Gucci Mane and OJ Da Juiceman. You might not think the track is a typical Gucci Mane or OJ Da Juiceman track, however they keep they’re style and it’s an average track. Could probably be a better overall track. “I’m living one Helluvalife.. one of those nights in my Helluvalife..”

“I Got It“ features Big Block and is a produced by Drumma Boy and is a track that particularly stood out to me. Some autotune, although not as bad as some tracks good verses including Zoe with autoune. “It ain’t trickin if you got it, and I got it .. so bad I just wanna take her shoppin. I got it.. you got it I want it, so bad I wanna see you in the mornin – so bad I wanna see you when you moanin you can have whateve you been wantin…”

“Echo“ is the third single from the album and produced by Drumma Boy is Zoe’s attempt at R&B auto-tune artist again, and this time it could possibly go very mainstream radio. Very nice production and nice part by Zoe. “Echo.. ech-ech-echo… And I’m gone and you’re all alone.. can’t you hear the… Echo.. ech-ech-echo… with no one near you – there’s no one to hear you”

It would be nice to see Gorilla Zoe try something new besides his R&B autotune singing, but overall – it’s a solid release. It would be nice to see Zoe use some new lines, but I guess when you talk about the same thing the typical lines come up more than once. Basic hood talk, nothing really new besides some autotune and some hot beats. If you’re not looking for lyrical hiphop you shouldn’t be listening to Gorilla Zoe (but you should already know that’s not Zoe), then you’re in for some nice ear candy and some bass bangers to keep your cars happy for awhile.