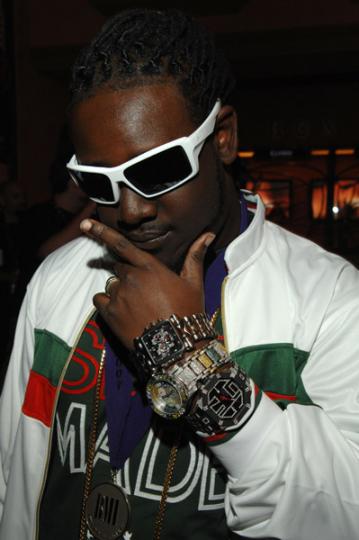 “She Got It” is the name of a single from 2 Pistols from his upcoming debut album Death Before Dishonor. It features T-Pain and Tay Dizm. There have been two versions of “She Got It. One produced Polow Da Don and one produced by J.U.S.T.I.C.E. League” It has reached 25 on the iTunes Hip-Hop/Rap Charts.