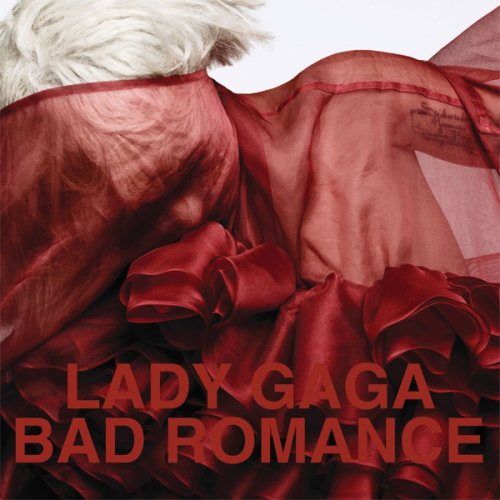 Bad Romance is a song by American pop artist Lady Gaga. It is the sixth single from her debut album The Fame and the first single from the upcoming re-release of the album, The Fame Monster. The track was produced by RedOne, who also produced Gaga’s previous hits “Just Dance”, “Poker Face”, and “LoveGame”.

The song will have its airplay debut on October 19, 2009, on BBC Radio 1 at 8:35 AM (GMT). It was also announced that the song will be available for digital download on October 27.

Gaga performed a brief portion of “Bad Romance” on the October 3, 2009 edition of Saturday Night Live along with her previous singles “Poker Face” and “LoveGame”. The song officially premiered at the end of fashion designer Alexander McQueen’s Spring/Summer 2010 Paris Fashion Week show on October 6, 2009. It will be performed live on her second concert tour, The Monster Ball Tour. Prior to the tour, however, Gaga will make a cameo appearance on the CW’s hit series Gossip Girl, where she will be performing the song. The episode is titled “The Last Days of Disco Stick”, referencing the lyrics from Gaga’s previous single, “LoveGame”.

According to choreographer Laurieann Gibson’s Twitter account, shooting for the music video for “Bad Romance” began on October 16, 2009 in Los Angeles, California. Gibson choreographed the videos for “LoveGame” and “Paparazzi” with Lady Gaga.