“(It) Feels So Good” is a song and music video by Aerosmith frontman Steven Tyler, included on an upcoming studio album or compilation.

The music video premiered on Steven Tyler’s official YouTube VEVO in mid-early May 2011.

The music video for the song was directed by Ray Kay. Filming took place in April 2011 and the world premiere took place on Thursday, May 12 2011 on American Idol. Kay, in the past has directed videos for Britney Spears, Lady Gaga, Melanie C, Justin Bieber and Adam Lambert.

It premiered on Ryan Seacrest’s radio show on KIIS-FM in Los Angeles on May 9, 2011 and released digitally via iTunes andAmazon MP3 on May 10, 2011. 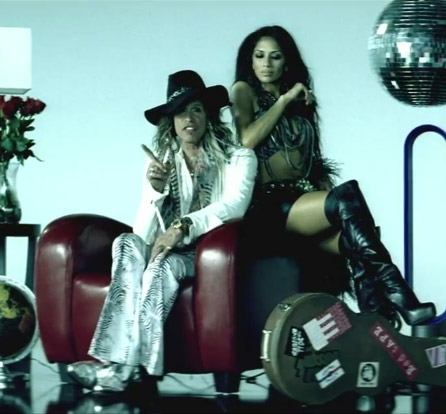 Who is Keri Hilson?