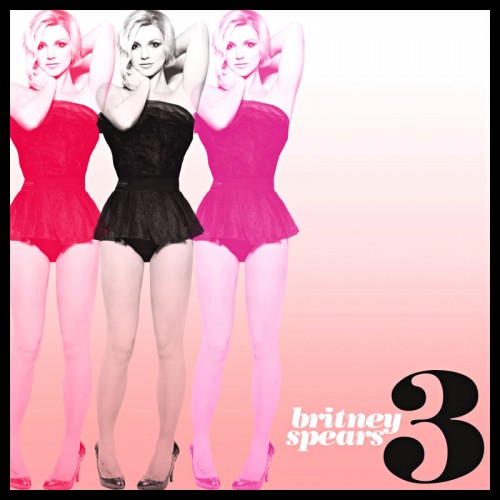 3 is a song performed by American pop singer Britney Spears. It is the lead single from her upcoming second greatest hits compilation, The Singles Collection.

“3” was produced by Swedish songwriter and producer Max Martin, who worked with Spears on earlier hits including “…Baby One More Time”, “Oops!…I Did It Again”, “Stronger” and more recently “If U Seek Amy”. Spears recorded the song while she was in Sweden during the European leg of The Circus Starring: Britney Spears world tour.

After its radio debut, “3” was positively reviewed and drew comparisons to Spears’ “If U Seek Amy”, due to the production and lyrics which were both courtesy of Max Martin. According to Billboard, “If U Seek Amy” was an implied double-entendre, whereas “3” finds Spears seductively delivering her most racy lyrics to date.

Rolling Stone Magazine similarly praised the song for its up-tempo melody and racy lyrics and compared it to Flo Rida’s recent work, saying that it “is more of a surefire dance-floor stomper than anything Brit loaded onto Blackout or Circus.”